aka: The Thief Of Baghdad

A prince (Steve Reeves) must pass seven tests in order to find a legendary blue rose and thus save the life of a comatose princess, win her hand in marriage and the kingdom. This film boasts impressive special effects, exotic sets, and acting that raises itself above other Arabian Nights type films. The characters include obligatory villains who are also on the blue rose trail and evil women who pack a deadly punch– or perhaps that should be deadly potion. (In Italian language).

This film Comes from a very good widescreen import print.

IL Ladro Di Bagdad aka: The Thief Of Baghdad 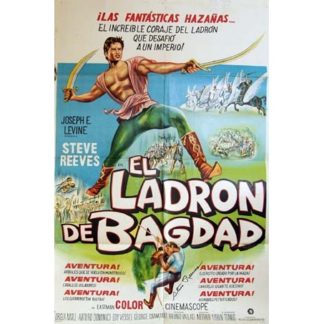