While searching for Incan treasure, Mike (Robert Walker Jr.), an American pilot, crashlands in the upper Amazon region of Brazil. He is then rescued from savages by a white girl named Eve (Celeste Yarnall), who is worshiped as a goddess by the natives. When news of Mike's adventure reaches a small river port, an unscrupulous American showman, John Burke (Fred Clark), sets out to find Eve and add her to his touring sideshow. Also stars Herbert Lom and Christopher Lee. (In Spanish language).

This film came from a very nice Spanish import print which has far superior picture quality than the English language version.

NOTE: The last 35 seconds of this film are completely silent. This very minor issue is present in the original master print itself and not a defect in the DVD-R.

Be the first to review “Face Of Eve, The (Spanish Language Version) (1968)” Cancel reply 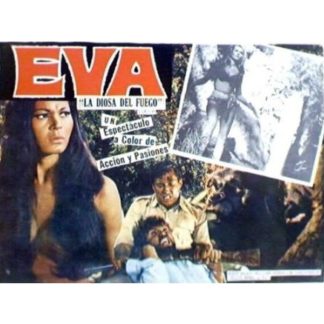