Siblings Luca (Dominique Saint Claire) and Fanny (Julia Perrin) are once again enjoying another summer at their parents' villa. However, this summer will be like no other, as both are reaching their sexual maturity. Luca is having flashbacks of being a young boy who has had near sexual encounters with his aunt (Jane Baker). Meanwhile, Fanny enjoys fun by herself, behind closed doors at night. Later, the two maids at the villa (one of which is Brigitte Lahaie) set out to teach the brother and sister all there is to know about sex, while in the process awakening Luca's desires for his aunt. Also stars Enzo Garinei, Daniela Giordano and Annie Edel. (In German language). ADULT CONTENT.

NOTE: This is the uncut German language version of a French film which was titled Secrets D'adolescentes. This rare German import print is totally uncut and includes 20 minutes of footage which is missing from the French version. 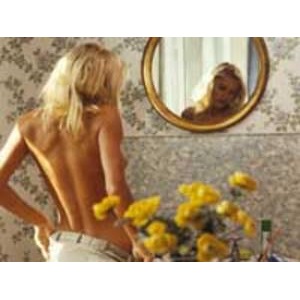