A private detective finds the body of Jo Ann Jefferson (Greta Chi) in his office, shot with his own gun. Soon, an attempt is made on himself, which causes him to travel to Hong Kong in order to avoid the police and unravel a complicated mystery involving drug smuggling and secret societies. Stars Heinz Drache, Elga Andersen, Ralf Wolter and Sabine Sesselmann. (In German language, with English subtitles).

A Coffin From Hong Kong aka: Ein Sarg Aus Hongkong 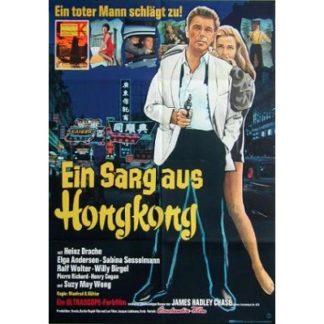