As a young girl, Bhavani witnesses the evil Gorakh (Rami Reddy) attempting to bury a virgin alive (in a bid to gain magical power and riches) and calls the police. Gorakh’s sister (Vadivukkarasi), unhappy he has been jailed for life, vows to get her revenge on Bhavani (Soundarya) and proceeds to make her life a misery. Bhavani, however, has the protection of Ammoru (Ramya Krishna), the goddess of the village, who takes the form of Bhavani’s maid servent. (In Hindi language, with English subtitles).

Hindi actress Soundarya was killed in a plane crash, along with her brother Amarnath, on April 17th, 2004, at Jakkur airfield, Bangalore, India. She was 32. 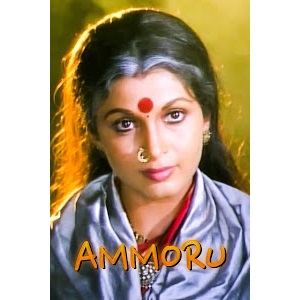