Aliens from a dying world plot to conquer Earth by praying on man's superstitions. Bringing two dead scientists (Michael Rennie and Karin Dor) back to life, they use their knowledge to re-animate various Earth monsters, including the Werewolf Waldemar Daninsky (Paul Naschy), Frankenstein's monster (both played by Jacinto Molina), the mummy Tao-Tet and the Vampire Count de Meirhoff.

This film was to be Michael Rennie's last screen appearance, filmed just prior to his death from emphysema and heart failure on June 10th, 1971.

Rennie had lived his final years in Geneva, Switzerland and in a stroke of irony, collapsed and died at his mother's home in England, while visiting her to attend his brother's funeral.

A heavy smoker, Rennie had respiratory problems for many years. During the run of the Broadway comedy Mary, Mary in the early 1960's, he had to admit himself in the hospital several times for oxygen treatments. His voice had to be dubbed in the 1968 film The Battle Of El Alamein, as well as this film and other final appearances, due to his chronic health problems.

NOTE: This film came from a very rare TV print in very nice picture quality which aired back in 1984 and is the best English language version of this film currently available anywhere. Don't waste your time and money looking elsewhere, get the best version right here. 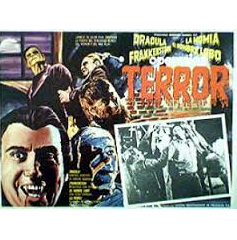