In this British mystery and comedy thriller, Caroll Levis stars as radio personality who attempts to prevent a connoisseur of Buddhist artifacts from stealing the priceless Brass Monkey. Also with Herbert Lom, Avril Angers, Terry-Thomas and Carol Landis in her final screen appearance.

By 1948, Carol Landis’s career was in decline and her marriage with W. Horace Schmidlapp was collapsing. She entered into a romance with actor Rex Harrison, who was married to actress Lilli Palmer at the time. Landis was reportedly crushed when Harrison refused to divorce his wife for her. Unable to cope any longer, she committed suicide at her Pacific Palisades home on July 5, 1948 by taking an overdose of Seconal. She had spent her final night alive with Harrison. The next afternoon, he and the maid discovered her on the bathroom floor. Harrison waited several hours before he called a doctor and the police. According to some sources, Landis left two suicide notes, one for her mother and the second for Harrison who instructed his lawyers to destroy it.

Be the first to review “Brass Monkey (1948)” Cancel reply 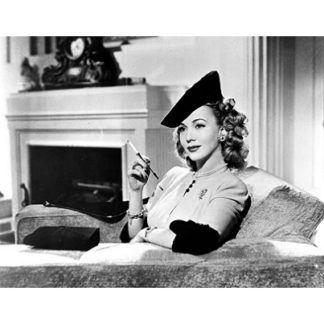