To support her paralytic father, Chato (Vilma Santos) works as a utility girl for burlesque star Virgie Nite (Rosemary Gil). But when Virgie gets drunk on the night of her scheduled performance, Chato pitches in for Virgie only to appease the furious crowd… and Chato becomes an instant sensation. Enthused by the initial acceptance of the audience, she defies her father's admonitions and presents herself to the manager, thus becoming the new burlesque queen. More events follow, turning her once simple and peaceful life 180 degrees. From master director Celso Ad Castillo, Burlesk Queen features a powerful performance from “The Star For All Seasons,” Vilma Santos. (In Tagalog language, with English subtitles).

The picture quality for this film is a bit soft and grainy, but the very best and only known surviving print in existence.

Be the first to review “Burlesk Queen (1977)” Cancel reply 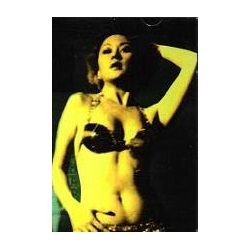