The story begins in 1986, when the MNF (Mizo National Front) signs a truce agreement with the Indian government. The rebels are torn between their heads and their hearts. “How can we make peace with the soldiers who raped our women and pillaged our land?” some of them are asking. The leader Mathew (Kay Kay) is the voice of reason: “We have to forget the past for the future, the people want peace,” he urges, and prevails. Even as Mizoram celebrates, a chance meeting finds Mathew inviting a Mumbai-based Mizo doctor (Aditya Srivastava) over to his house. After drinking and pondering on war and peace, the doctor is in no state to drive home and Mathew asks him to stay over. Upstairs, Maria (Sonali Kulkarni), Mathew’s wife and fellow rebel, has recognized the man downstairs as the doctor in the Indian Army camp who raped her repeatedly when she had been caught and interrogated. She wants revenge, but she never saw the army camp doctor, she was blindfolded all the time. So how is she sure this man is the same? The horror-struck Mathew asks why of his wife when he finds she has bound the doctor to a chair and started torturing him. “I remember his voice, I remember his smell,” Maria says. “I am innocent, your wife has gone mad because of the army torture,” the doctor pleads. What follows is a night of self-discovery for Mathew, Maria and the doctor. And perhaps, a message for terrorists who believe the “cause” justifies the means; as well as people who feel the gun is the only solution for dealing with aggrieved, angry people. (In Hindi language, with English subtitles). 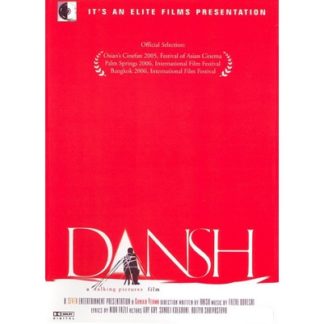