An international crime organization that has murder, kidnapping, slavery and extortion among their repertoire, has made Bruce Lee (Bruce Le) their main target. But Bruce is on a mission of his own: To crush the group and their hired assassins. Also stars Jang Lee Hwang, Harold “Oddjob” Sakata and Bolo Yeung.

Jang Lee Hwang was a former taekwondo instructor for the Korean Army. This Korean powerhouse actually killed a man in real life (in self-defense). It seems the man was a “knife expert” who claimed that the knife is superior to any form of unarmed combat. Wang disagreed with that statement and an argument soon followed, where the “knife expert” challenged Wang to prove his point, to which Wang declined. Wang then turned his back as the guy lunged at him, but quickly turned and fired a round-kick, hitting the guy square in the temple and killing him instantly. 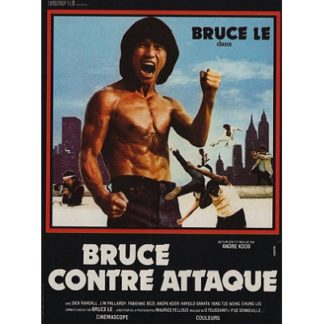