Billionaire Tony Stark (Seth Gamble) invented the Iron Man suit for the good of humanity-the horny girls it attracts are a bonus. With his sexy assistant Pepper Potts (Heather Starlet) trying to ride him every chance she gets, Stark must stay focused to save the world, and proves that he’s as super on the battlefield as he is in the bedroom. When Iron Man’s identity is leaked to the world, his enemies come out of the woodwork to take revenge. Stark’s ex lover, Madame Masque (Amber Rayne) wants him dead, and she’s gained control of The Hulk (Jordan Lane) to do all her dirty work. Stark’s rival, Justin Hammer (Alex Knight), and his daughter, Justine (Gracie Glam) are also after Iron Man, using his technology against him. Iron Man’s only ally is a mysterious Russian super-spy, The Black Widow (Chanel Preston). ADULT CONTENT. 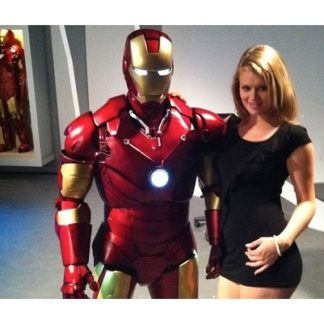