After their prison ship sinks in the Caribbean, a group of prisoners and a doctor wash ashore on a seemingly deserted island. They soon discover a strange couple, who invite them to stay at their house. While the prisoners try to plan an escape, the doctor does some investigating and soon finds out just what the pair are really doing, and why the prisoners keep disappearing mysteriously. Stars Barbara Bach, Claudio Cassinelli and Richard Johnson. Also with Joseph Cotten.

Joseph Cotten died on February 6, 1994, of pneumonia, a complication of throat cancer at the age of 88.

This is the uncut Italian version of the film that would later be titled Screamers (also available here at Rare Movie Collector), after it was finally released in the U.S. and edited.

Island Of The Fishmen aka’s: L’isola Degli Uomini Pesce/Something Waits In The Dark 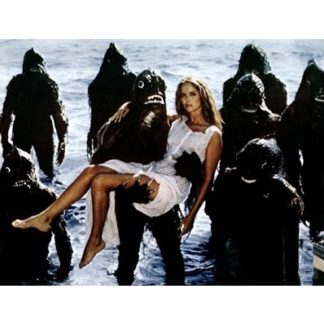