aka: The Best of Broadway: Portrait In Terror

Patrick Magee stars as Mauricio Zaroni, an insane murderer holed up in a hotel in Venice, California. He crosses paths with an equally unbalanced artist (William Campbell), with whom he teams up, and they hatch a plan to steal a valuable Titian painting. Complications ensue, including an episode that features Zaroni covered in wax, which leads to an unlikely heroine: A stripper who risks her life to save the day. Also stars Anna Pavane.

William Campbell appeared in two Star Trek episodes: as Trelane in “The Squire Of Gothos” and as Koloth in “The Trouble With The Tribbles.”

Be the first to review “Portrait In Terror (1965)” Cancel reply 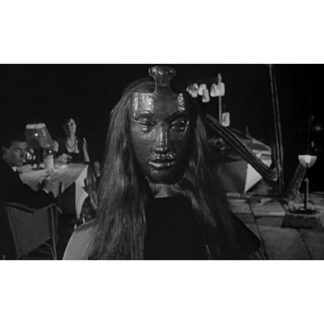