An accountant named Zero (Milo O'Shea), whose job is about to be taken over by a computer, starts to re-examine his life and his priorities. Following his execution for the murder of his boss, Zero finds himself in heaven, where things are not exactly what he had anticipated. A very obscure sci-fi fantasy film made in the U.K. Based on the 1923 play of the same name (written by Elmer Rice). Also stars Phyllis Diller and Billie Whitelaw. Also with Sydney Chaplin, Phil Brown (aka: Uncle Owen in Star Wars (1977) and Julian Glover (aka: General Maximilian Veers in Star Wars: The Empire Strikes Back (1980).

Phil Brown blamed former Screen Actor's Guild President, Ronald Reagan, for accusing him of being a communist and ruining his acting career in the U.S.

Brown's brief role as Luke Skywalker's Uncle Owen in the film Star Wars (1977) was his most memorable role. He was cast after George Lucas was looking for an an actor with a strong American accent. Brown, who was living in London after being blacklisted in the McCarthy communist-witch hunt of the 1950's, auditioned and won the role instantly.

In his later years, Brown often made appearances at Star Wars conventions. During these appearances, he got to meet Joel Edgerton, who succeeded him in the prequels. Brown died on February 9th, 2006, from pneumonia. He was 89.

NOTE: The picture quality for this film is a bit soft and grainy, but still the best print currently available anywhere. 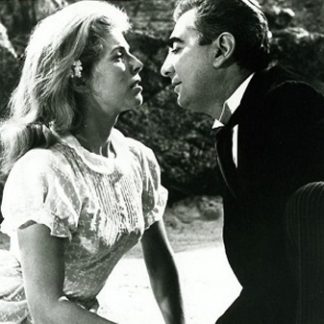