Here we have yet another very rare remake of the ever popular King Kong, this time made in Bangladesh. The film begins when Milly recieves a visit from her friend, Tubby Buddy, who works for a film company. His company needs a woman to include in their new film – starring Mr. Rocky. Milly agrees and her dad, Rakul, also goes along. When the film crew reaches a deserted island, they encounter hostile natives. Afterwards, King Kong appears and captures Milly, then Rocky eventually helps her to escape. Then, the ship's captain manages to capture King Kong with chloroform (and Milly's help). King Kong is then taken back to the city, with disastrous results. Stars Danny Sedak, Shamim Osman, Afzal Sharif and Kazi Hayat. (In Bengali language).

Be the first to review “Banglar King Kong, The (2010)” Cancel reply 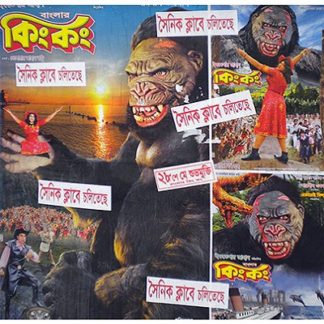