A superspy (Jimmy Wang Yu) travels to Australia, ostensibly to bring back an escaped Hong Kong drug runner in cahoots with the resident Aussie Sinophile. This high-voltage action film features some of the best fight sequences ever filmed. Starring Australia's own world karate champion, George Lazenby. (Uncut and in widescreen format).

In 1981, Jimmy Wang Yu was charged with murder in Taiwan, but later freed due to a lack of evidence.

This film was originally planned to star Martial Arts Master Bruce Lee in the lead role, but when Lee died unexpectedly, Yu was signed on to replace him. 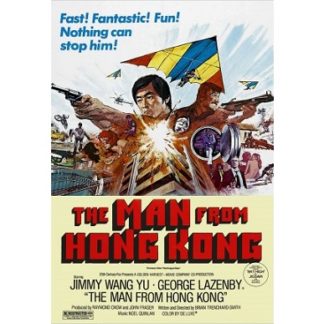