aka: Bigfoot The Mysterious Monster

This fine documentary covers the possible existence of such creatures as Bigfoot and the Loch Ness Monster. Photographs, audio recordings and film footage of these two monsters are examined by host Peter Graves. Psychics, hypnotism and the history of Bigfoot in many ancient cultures are also scrutinized. Also included is an in-depth analysis of the famous but controversial Bigfoot footage, taken by Roger Patterson in October of 1967.

Be the first to review “Mysterious Monsters, The (1976)” Cancel reply 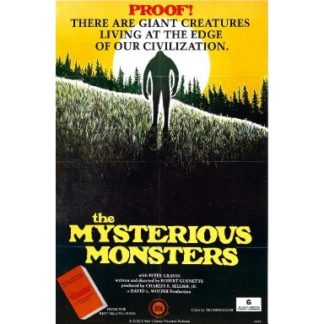