The Snake Queen, (Suzzanna) daughter of the South Seas Queen, seduces her men with offers of wealth, power and sex. In return, each man must offer a human sacrifice to her, once a year, under the penalty of death. Also stars Barry Prima.

Actress Suzanna (aka: Suzanna Martha Frederika van Osch) was known as the horror queen of Indonesian cinema. On October 15th, 2008, she died from complications due to diabetes, in a hospital in Magelang, Central Java. She was 66.

The Snake Queen aka: Nyi Blorong 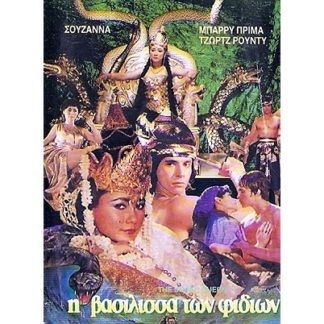