After an unsanctioned match between a Chinese martial arts student and a Thai boxer results in disgrace for the Chinese, they determine to train and salvage their master’s reputation. Stars Angela Mao, Carter Wong and Sammo Hung. Also with Yuen Biao, Whang In Sik, Maria Yi and George Yirikian. (In widescreen format).

Trivia: There are several scenes in this film between the members of the Martial Arts Association that were actually filmed inside the late martial arts master Bruce Lee’s home on Cumberland Road in Hong Kong. Lee had died a year before this film’s release.

Be the first to review “Tournament, The (1974)” Cancel reply 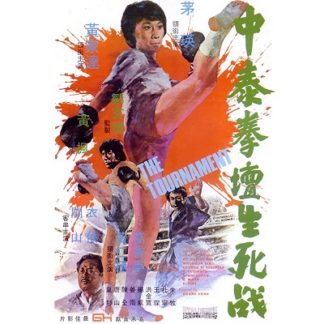