Depicted by some to be the James Dean of Martial Arts cinema, Bruce Lee aided in bringing Oriental arts to America and helped build a cultural bridge between East and West. Born Bruce Lee Jun Fan in San Francisco in 1940, his first film role was at the age of just two months. He went on to become an international superstar. Featuring previously unseen footage, the film contains trailers for Kato and the Green Hornet and footage on the successful, but brief film career of his son Brandon. The film also contains Bruce’s original unabridged screen test for Number One Son, a TV show never released. Also includes a rare 1980 interview with James Coburn, who discusses his relationship with Bruce.

The documentary claims Bob Wall played the Russian opponent in Fist Of Fury which is incorrect as it was Robert Barker.

Be the first to review “Unbeatable Bruce Lee, The (2001)” Cancel reply 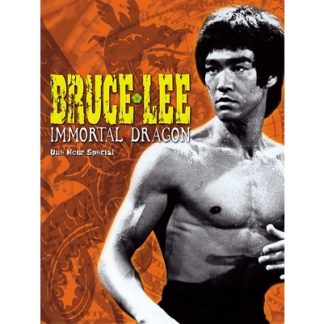