Sold separately, click on any title below to purchase for $19.99, or select the entire set here for $59.95, which includes all 5 films shown below.

Battle Of The Japan Sea (1969)
aka's: Nihonkai Daikaisen/Great Battle Of The Japan Sea
Japan and Russia clash in what comes to be known as the Russo-Japanese War. An attempt by the Japanese fleet and army to take Port Arthur fails, and a Russian fleet bears down on the Sea of Japan. Admiral Heihachiro Togo (Toshirô Mifune) sends his fleet to confront the Russians, with results which stun both nations. Meanwhile, Major Genjiro Akashi (Tatsuya Nakadai) makes secret negotiations with the Bolshevik revolutionaries in Russia, negotiations that have repercussions far beyond the conflict at hand.

Battle Of Okinawa (1971)
aka: Gekido No Showashi: Okinawa Kessen
One of the most violent and costly battles of World War II is recounted in this feature film from 1971. The Japanese forces mount one last desperate attempt at defending their territory as the island of Okinawa comes under attack, leading to enormous bloodshed and many casualties. With Keiju Kobayashi, Yûzô Kayama and Tetsurô Tanba.

I Bombed Pearl Harbor (1960)
aka's: Hawai Middouei Daikaikusen: Taiheiyo No Arashi/Storm Over The Pacific
Lt. Koji Kitami (Yosuke Natsuki) is a navigator-bombardier in Japan's Naval Air Force. He participates in the Japanese raid on the U.S. Naval Base at Pearl Harbor in 1941 and is welcomed with pride in his hometown on his return. As Japan racks up victory after victory in the Pacific War, Kitami is caught up in the emotion of the time and fights courageously for the standard of Japanese honor. But his assurdness of his government's righteousness is shaken after the Japanese navy is defeated in the debacle of Midway. Also with Makoto Satô and Misa Uehara. (In widescreen format).

Port Arthur (1980)
aka's: 203 Kochi/203 Plateaus/Hill 203/The Battle Of Port Arthur
Depiction of the battle for Hill 203 during the Russo-Japanese war in 1905. The hill was eventually captured by Japanese forces after several assaults and at heavy loss of life on both sides. Stars Tatsuya Nakadai, Terry Aoi and Martha Natsume. Also with Tetsuro Tamba and Toshiro Mifune as Emperor Meiji.

Zero Pilot (1976)
aka's: Ôzora No Samurai/Samurai Of The Sky
Based on the memoir (released in the U.S. as Samurai) written by Japanese fighter pilot Lt. (jg) Saburo Sakai, the highest-scoring Japanese naval aviator ace of WWII. Hiroshi Fujioka stars as Lt. Sakai. Also with Akihiko Hirata and Takeo Chii.
–The dogfight scenes in this film were shot using radio-controlled model planes, flying at an altitude of about 1000 meters, while the camera crew filmed the flying models from a Cessna aircraft. 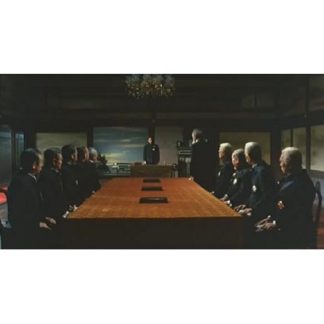