Sal Mineo was later to die under tragic circumstances. After returning home from a stage rehearsal on the evening of February 12, 1976, as he was coming out of his garage, Mineo was attacked and stabbed to death by a stranger. A drifter named Lionel Ray Williams was arrested for the crime. After the trial in 1979, Williams was convicted and sentenced to life in prison for the murder.

Be the first to review “Who Killed Teddy Bear? (1965)” Cancel reply 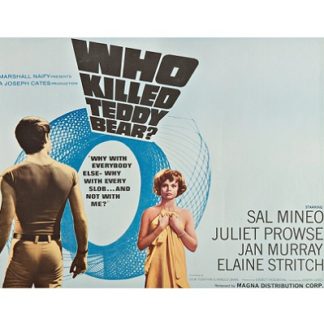