Third entry in the popular 3 Fantastic Supermen series from Italy. The three superheroes attempt to reclaim the stolen lease of a uranium mine. But they must first battle Russian scientists who plan to exploit the natives. Stars Brad Harris, George Martin, Sal Borgese, Femi Benussi, Pasquale Simeoni and others. (In Italian language).

This film comes from a rare widescreen import print, which has much better picture quality than the English language version. 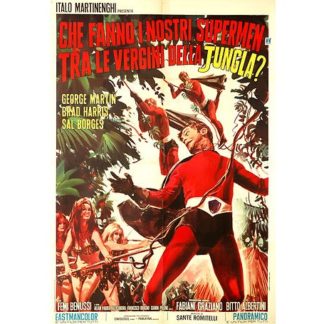