A man is discovered dead, having been given an aphrodisiac so strong it caused his crank to explode. His wife, Little Cabbage (Yvonne Hung Yung), and the scholar, Yang Ni-mu (Lawrence Ng), are dragged before a judge, both protesting their innocence and charged with adultery and conspiring to kill the husband. But unknown to them the real killers are the judge’s own son (Tak-Bun Wong) and the scholar’s wife (Mai Ching), who added the aphrodisiac to a medical prescription. In the court, Little Cabbage and Yang Ni-mu tell the story of how they became lovers, he taking her on as a maid because her father could not afford to pay rent and the two then becoming attracted, which inspired a whole host of jealousies. The judge (Lo Hung) now conspires to frame and torture the two innocents into confession. (In Chinese language, with English subtitles). 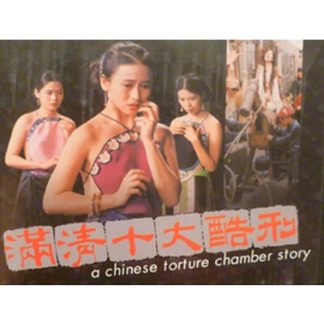