It’s “Romeo and Juliet” among the risk-taking sponge divers of the Florida coast, with Robert Wagner and Terry Moore as the young lovers who come from rival diving families. Thrilling underwater scenes, including a battle with an octopus, highlight this drama. Gilbert Roland, Richard Boone and Peter Graves also star. Narrated by Rock Hudson (uncredited).

Beneath The 12-Mile Reef 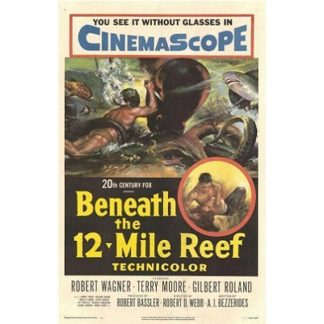