Arabella (Tinì Cansino) is a nymphomaniac who has sex with any man. One day her husband, a writer, meets her and another man. She has a strange reaction and kills the lover. Her husband hides the corpse. From that moment on, he encourages her to have meetings with other men and writes down the experiences in his new book. Also with Valentina Visconti, Francesco Casale, Carlo Mucari, Ida Galli and Renato D’Amore.

This film comes from an extremely rare Japanese import print, which is totally uncut and in English language.

NOTE: Due to the strict laws in Japan and other Asian countries concerning the showing of sexual acts in films, all shots of reproductive organs (genitalia) in this film have been optically blocked or fogged. However, the film is still totally uncut. 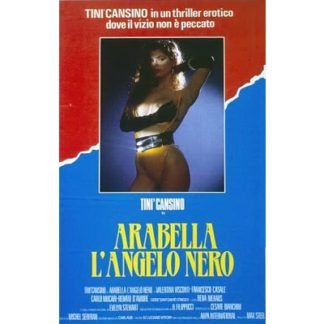