Dr. Hess Green (Duane Jones), an archaeologist overseeing an excavation at the ancient civilization of Myrthia, is stabbed by his research assistant (Bill Gunn), who then commits suicide. When Hess wakes up, he finds that his wounds have healed, but he now has an insatiable thirst for blood. It turns out that the knife he was stabbed with carried ancient germs that have turned him into a vampire. Soon after, Hess meets his former assistant’s wife, Ganja (Marlene Clark). Though Ganja is initially concerned about her missing husband, she soon falls for Hess. Though they are initially happy together, Ganja will eventually learn the truth about Hess and her husband.

Be the first to review “Blood Couple (1973)” Cancel reply 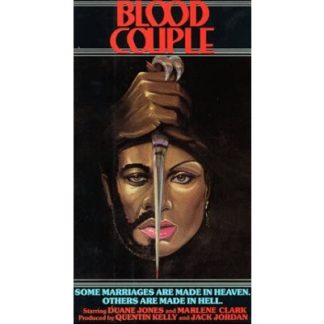