In 19th Century France, a young Bram Stoker (Kevin Alber) is captured by a man-hating, all-female cult of thong bikini wearers. Aided by flesh-eating rats, the warrior women raid the lairs of evil men and punish them. Our hero must decide between his wish to escape the dangerous cult and his love for one of its members. Also stars Adrienne Barbeau and Maria Ford. Also with Olga Kabo and an appearance by Linnea Quigley. Produced by Roger Corman.

Adrienne Barbeau later recalled, “I was also supposed to be working with 50 trained rats, but there were only 16 and I think eight of them were dead. The rest had only been trained to eat anything that smelled like fish. So every time I’d do a scene where the rats had had to swarm all over me, they took fish eggs and squeezed the juice all over my body.” 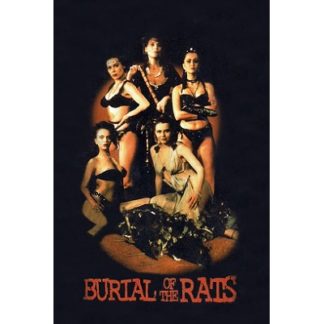