The television network where the famous anchorwoman Grace Forsyte (Helena Wagner) works is struggling. To increase ratings, she convinces her professional team to go to the Amazon jungle for a sensational scoop about the local cannibals–with disastrous results. Also with Claudio Morales and Cindy Jelic Matic. Directed by Bruno Mattei.

In early 2007, Bruno Mattei’s health began to decline rapidly after he was diagnosed with a brain tumor. Despite his doctor’s warnings, he went through with a surgical operation to have the tumor removed in May. After the surgery, he fell into a coma from complications, and died a few days later on May 21, 2007 at age 75.

Be the first to review “Cannibal Holocaust: The Beginning (2003)” Cancel reply 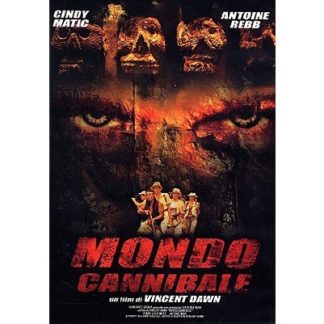