A boy living within a plastic bubble because of a rare illness (Lee Curreri) falls in love with a rock singer (Tawny Kitaen). He finally breaks out of his bubble — with disastrous results. Also stars Lloyd Bochner, who guest starred in the Twilight Zone episode “To Serve Man.”

In December 2001, Tawny was arrested for allegedly keying a car in Newport Beach.

In April 2002, Tawny was charged with domestic violence after allegedly kicking her husband, baseball pitcher Chuck Finley, with her high heels and twisting his ear. Finley filed for divorce in Orange County (CA) Superior Court against Tawny just 3 days after she was arrested for allegedly hitting him. Finley also obtained a temporary restraining order against her and temporary custody of their daughters.

Be the first to review “Crystal Heart (1986)” Cancel reply 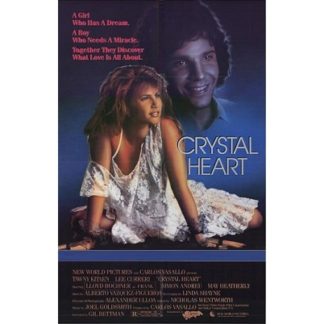