After years of abuse at the hands of her husband, Emanuelle (Laura Gemser) is pushed to the breaking point. She hires a hitman to do her husband in, but just when she thinks her troubles are at an end, the assassin blackmails Emanuelle. As her husband's business partner struggles to prove Emanuelle's guilt, and the hitman continues to threaten her new found security, Emanuelle struggles to keep her name clear, and to keep her naive stepdaughter from becoming tangled in the web of danger she has created. Also stars Gabriele Tinti and Livia Russo. Also with Haris Tryfonas and Gordon Mitchell.

NOTE: This is one of several films made to cash in on the success of the Black Emanuelle film series created by Bitto Albertini and continued by Joe D'Amato and Bruno Mattei. Though the film stars Laura Gemser (the star of the Black Emanuelle series) and she plays a character named Emanuelle (Emmanouella), it has nothing to do with the photojournalist character (Emanuelle) from the original series. 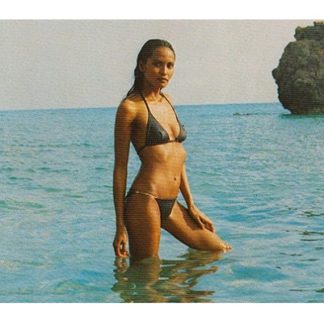