Five Western girls are kidnapped by Chinese pirates and sold to a brothel. While they are being trained to become prostitutes, a couple of local citizens take mercy on them and plot their escape by teaching them kung fu. The five scantily-clad girls, now using their newfound martial arts skills, must fight their way to freedom. Stars Hua Yueh and Hui-Ling Liu. With Sonja Jeannine and Diane Drube. (In German language, with English subtitles).

NOTE: This film was banned in Germany for a short period after its initial release on August 15th, 1974, but was then re-released in a shorter, censored version later the same year.

NOTE: This film was not released in the U.S. until October of 1976.

This film comes from a German import print in widescreen format. The picture quality is excellent and currently the best available anywhere. 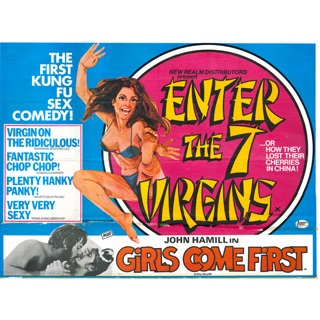