The muscular Hercules (Steve Reeves) sails with the Argonauts and romances the fair Iole. In this melange of characters and events from separate mythological stories, Hercules, demigod and superman, arrives in the ancient Greek kingdom of Iolcus to tutor Iphitus, son of king Pelias. Immediately on arrival he falls in love with the king's delectable, briefly-clad daughter Iole (Sylva Koscina). But before he can win her he must succeed in a series of quests, in the course of which he teams up with Jason, true heir of Iolcus, whom he accompanies on the famous voyage of the Argonauts. This film was the first in the long running Italian sword and sandal Hercules epics. 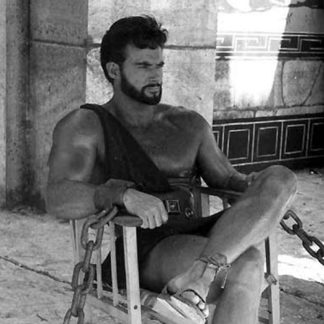