An adventurous and daring sailor (Toshiro Mifune) sets sail to the castle of an ailing king to stop an evil premier, hungry for power and wealth, from succeeding the throne and marrying the king's beautiful daughter (Mie Hama). Along the way, with the help of some courageous rebels and a lustful wizard, he must overcome the powers of a bewitching witch, a band of ruthless pirates and the castle's Imperial Guards. He must also free those kidnapped into slavery and restore the king's reputation. Also with Kumi Mizuno. (In Japanese language, with English subtitles).

Uncut, with 4 minutes of footage not included in the English language version.

Be the first to review “Lost World Of Sinbad, The (Japanese Language Version) (1963)” Cancel reply 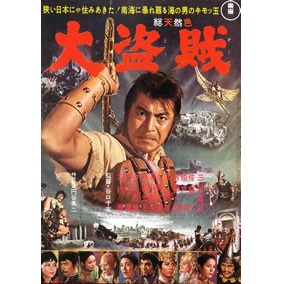