aka: A Man For Emmanuelle

Erika Blanc stars as Emmanuelle in Cesare Canevari’s 1969 film which represents the first screen appearance of Emmanuelle Arsan’s Emmanuelle. After having been left by her man, Emmanuelle seeks the affection she craves elsewhere. In the arc of a day, she finds herself with a depraved writer, a businessman betrayed by his wife, an imbecile journalist, to name but a few. But at the end of the day, she finds herself in a bar where she learns that her man has been killed in a road accident, leaving her to meditate sorrowfully on her actions. Also with Adolfo Celi. (In Italian language). 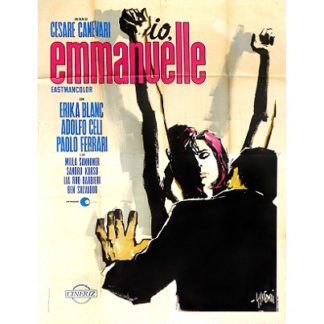