After some daring work at home, Alex (Alex Fong), Elaine (Elaine Lui) and Moon (Moon Lee) head for Kuala Lampur to vacation. There, Alex meets up with his two best friends from school, Peter (Ting-Wai Chan) and Marco (Yu Lung Hsiao), and party together. Elaine falls in love with Peter, and he with her. But both Peter and Marco have secrets: Peter is the head of a rebel sect intent on overthrowing the government and ridding the country of Western influence. Marco is investigating the rebels, and he's probably reporting to the CIA. When the truth comes out and friends face each other as political opposites, what will they choose to do? Will friendship overcome ideology? (In German language).

While performing the final stunt in Devil Hunters (1989), Moon Lee was supposed to jump off a window from a second story building to evade an explosion. Due to bad timing by the pyro-technicians, she was engulfed in flames before she jumped down, resulting in third degree burns to her hands and face. 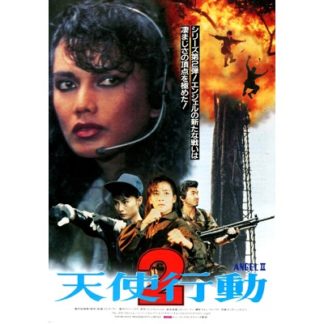