NOTE: This is the 161 minute uncut widescreen German language version of The Last Roman, which runs much longer and is in far superior picture quality than the U.S. English language version.

NOTE: This rare import print includes a brief nude scene by Honor Blackman which was cut from all U.S. prints. 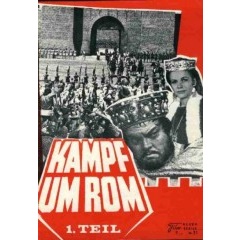