A bus full of schoolgirls breaks down in the Lake District, forcing the girls to take shelter for the night in a remote hotel. Meanwhile, strange and macabre things are happening to the locals (and their pets) and it is revealed that four escaped mental patients – Mr. Smith (Nigel Gregory), Mr. Trubshaw (David Jackson), Mr. Muldoon (Paul Rattee) and Mr. Jones (Peter Spraggon) – who have been dosed with LSD as part of their treatment, are roaming the area, convinced they are living a shared dream in which they are free to rape and murder – both of which they choose to do numerous times before the belated arrival of the police. Stars Anthony Forrest, Tom Marshall and Jane Hayden. (In widescreen format). 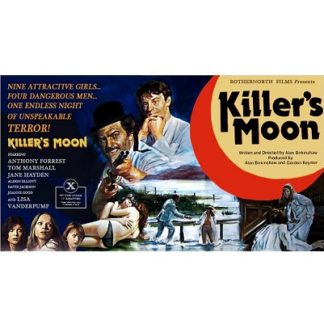