Wilford Butler (Philip Bruns) returns home on Christmas Eve and finds that his house had been turned into a mental institution for the criminally insane. He is then set on fire and dies. The townspeople believe his death was an accident, and the institution-house is later closed down. The house is left to Willard's grandson Jeffrey (James Patterson). A few years later, Jeffrey finally decides to sell the house, but the townspeople including the Mayor have mixed feelings on keeping people away from the house, especially when a serial killer escapes from another institution and finds refuge there. The killer makes frightening phone calls and kills anyone coming near the house. But what does the killer have in common with what happened to Wilford Butler years before? Also with Patrick O'Neal and Mary Woronov. Also with John Carradine, Walter Abel and Candy Darling.

Candy Darling died of lymphoma on March 21, 1974, aged 29, at the Columbia University Medical Center division of the Cabrini Health Center. 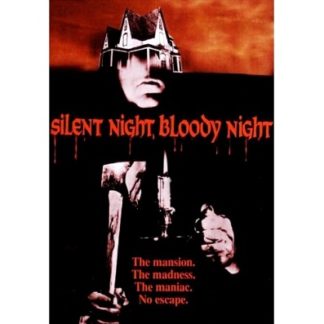