Bruce Le is back with a vengeance, thundering his way through a multitude of adversaries, using all the techniques he knows. From the Leopard Fist to the Tiger Claw, he smashes all who stand in his way in his battle against an evil Shaolin sect. Also thrown in for good measure are some deadly fighting midgets. Also stars Lita Vasquez, Chang Lee and Ruby Anna. Also with Cloyd Robinson, Nona Herrera, Vivian Velasco and special appearances by Ernie Ortega, Tsing Tong Tsai and Bolo Yeung.

Trivia: In 2000, Samurai sword expert Ernie Ortega Shot himself to death after a long battle with prostate cancer in Quezon City, Philippines. His exact age and date of death are currently unknown. 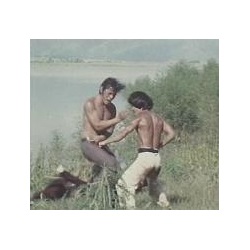