aka: Dynamite Wong And TNT Jackson

Playboy Playmate Jeanne Bell stars as TNT Jackson in this popular blaxploitation film made in the Philippines. Jackson decides to leave Harlem for Hong Kong to find her missing brother who has run afoul of the Mob. Predictably, she must pose as a prostitute in order to find him, as well as engaging in topless karate. Producer Roger Corman was so pleased with the film’s success that he essentially remade it twice more as Firecracker in 1981 and as Angelfist in 1992. Also stars Chiquito, Stan Shaw, Max Alvarado and Pat Anderson.

Chiquito was the arch rival of Dolphy as the top comedian in the Philippines during their prime. He died from liver cancer on July 2nd, 1997. He was 69. 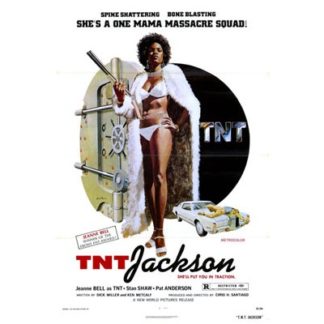