Two friends, Mike and Werner, played by Arthur Brauss and Klaus Löwitsch, like to hunt for girls. One night, they meet an innocent young student named Alice (Helga Anders), and their “games” turn violent. (In German language, with English subtitles).

Klaus Löwitsch’s heavy drinking, during the making of this film, caused frequent delays and tension on the set.

This film came from an uncut-widescreen German import print in excellent picture quality.

Be the first to review “Madchen: Mit Gewalt (1970)” Cancel reply 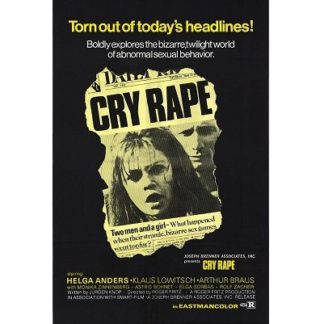