A community of Cajun fishermen living around a remote bayou includes one authentic beauty, Marie (Lita Milan), who wants to better herself but must deal with the unwelcome attentions of storekeeper Ulysses (Timothy Carey). When she meets Martin Davis (Peter Graves), a visiting New York architect, they hit it off at once, but the sinister Ulysses is not inclined to suffer a Yankee rival.

Be the first to review “Poor White Trash (1957)” Cancel reply 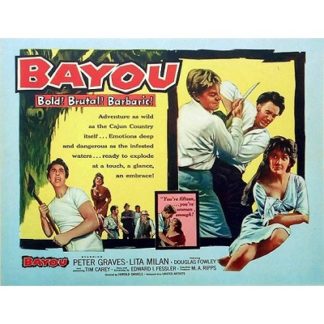