Ready Steady Go! was one of the United Kingdom’s first rock/pop music TV shows. It was broadcast from 1963 to 1966. Despite its popularity in the UK, this program was never broadcast in the United States. Volume One features performances by: The Beatles, The Rolling Stones, Billy Fury and many more. Interviews with John Lennon, Martha And The Vendellas, The Beach Boys, Cilla Black, Ike and Tina Turner, Chuck Berry, Marvin Gaye, Rick Nelson, Ringo Starr, The Animals, Lulu, The Four Seasons and Gerry And The Pacemakers. 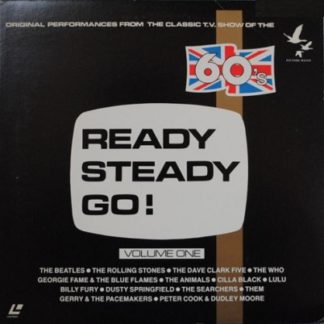