Someone has stolen nerve gas that paralyzes victims from the waist down. Now the bumbling boys at Rentadick, Inc. must find the gas before it is too late. Stars James Booth, Richard Briers and Julie Ege.

The original script, titled Rentasleuth, was written by Monty Python comedians John Cleese and Graham Chapman. However, the pair left the project and, having seen the finished film, asked for their names to be removed from the film credits.

Be the first to review “Rentadick (1972)” Cancel reply 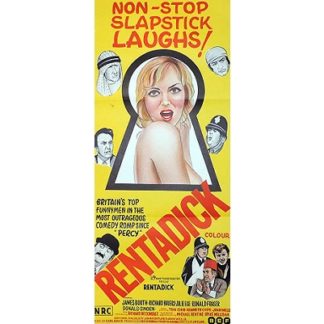