After being accidentally exposed to radiation, a policeman, Dave Speed (Terence Hill), develops super powers. However, whenever he sees the color red, he temporarily loses his newly acquired abilities. Also stars Ernest Borgnine and Joanne Dru. Also with Marc Lawrence and Sal Borgese.

On July 8, 2012, Ernest Borgnine died of renal failure at the Cedars-Sinai Medical Center in Los Angeles, CA with his wife and children at his side. He was 95. 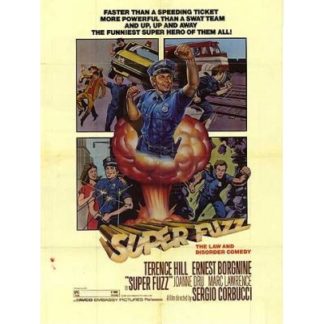