A plane crashes deep in the African jungle. Years later, an expedition comes across a beautiful white girl (Femi Benussi) who is living wild in the jungle and who may be a survivor of that plane crash. Also stars Ken Clark and Franca Polesello.

Leaving Hollywood behind for the greener pastures of European films, actor Ken Clark became very popular in spy thrillers and spaghetti westerns in the 1960's, remaining in Italy to act in films and television programs. According to fellow actor Robert Woods, Ken Clark died from a heart attack in Rome on June 1st, 2009, at the age of 81. Clark had just wrapped shooting on an Italian television show titled Stracult at the time of his death. It was unknown if Clark left any survivors. In 1962 and 1963, he was romantically linked to actress Shelley Winters. 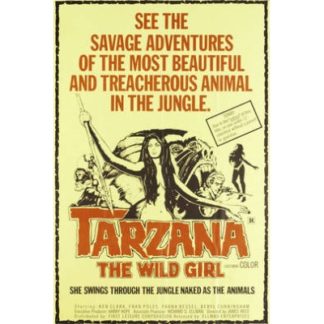