The Bat, a master criminal who dares the police to catch him, has been terrifying the city. A bank is robbed, and the home of the bank president becomes the center of mysterious happenings. Amidst thrills, chills and laughs, the stolen money is discovered, and the Bat’s secret identity is revealed! Stars Chester Morris and Una Merkel.

Be the first to review “Bat Whispers, The (Widescreen 65mm Version) (1930)” Cancel reply 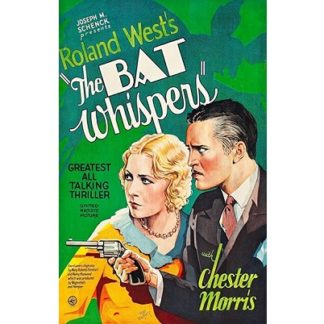