A haunted piano arrives in the small town of Ludlow, just in time for the bicentennial celebration. Weirdness occurs, as descendants of the town’s founders wind up murdered in horrible ways. A little girl appears to many victims, along with a group of “demons,” who look an awful lot like ordinary people in old clothes, who kill-kill-KILL! The piano itself is possessed by an old warlock named Ephram Ludlow. Ephram had his hands cut off and wants them back! Stars Paul Bentzen, Stephanie Cushna and Carol Perry.

The Demons Of Ludlow aka: Das Grauen Um Ludlow 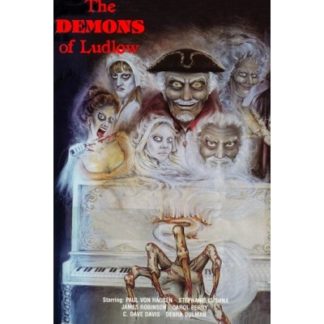