Maila Nurmi was the host of the show, which ran on Los Angeles TV station KABC from 1954 to 1955. Each show opened with Vampira gliding down a dark corridor flooded with dry-ice fog. At the end of her trance-like walk, the camera zoomed in on her face as she let out a piercing scream. She would then introduce (and mock) that evening's film while reclining barefoot on a skull-encrusted Victorian couch.

Film presented: The Thirteenth Guest (1932)
13 years before the story opens, there was a dinner party, at which the 13th guest failed to show up. The master of the manner has died and left the bulk of his estate to this 13th guest, but nobody knows who that is. Now someone is murdering the remaining guests and placing their dead bodies at the table, in the same seat they had occupied 13 years before. Stars Ginger Rogers and Lyle Talbot.

On June 20, 1955, Nurmi was the victim of an attempted murder when a man forced his way into her apartment and proceeded to terrorize her for close to four hours. Nurmi eventually escaped and managed to call the police, with assistance from a local shop owner.

In 1981, Nurmi was asked by KHJ-TV to revive her Vampira character for TV. She eventually left the project over creative differences. According to Nurmi this was because the station cast comedic actress Cassandra Peterson in the part of Elvira without consulting her. Nurmi soon filed a lawsuit against Peterson and the show Elvira's Movie Macabre. The court eventually ruled in favor of Peterson, holding that “likeness” means actual representation of another person's appearance, and not simply close resemblance.” Peterson claimed that Elvira was nothing like Vampira aside from the basic design of the black dress and black hair. 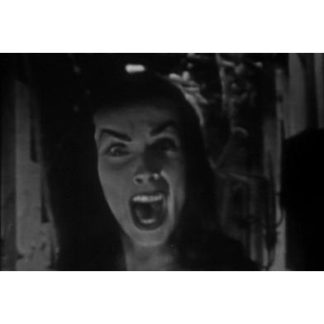